Two men who hid £60 million worth of cocaine on a yacht travelling from South America to the UK have been convicted of drug smuggling.

The National Crime Agency, working closely with the Spanish 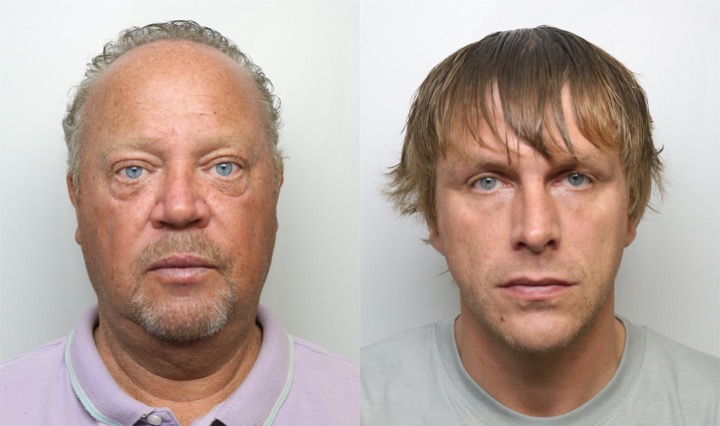 British nationals, Gary Swift, 53, and Scott Kilgour, 41, both from Liverpool were stopped in the early hours of Tuesday 27 August 2019 on board the yacht, after Border Force cutter HMC Protector was dispatched and intercepted it approximately half a mile off the coast of Wales.

The vessel was escorted into Fishguard port where NCA officers and Border Force’s Deep Rummage team searched it, and discovered 751 kilos of cocaine with a purity of up to 83%. The quantity found would have a wholesale value of around £24 million and a potential street value of £60 million.

Upon arrest, Swift said to officers: “I just want to say that I am guilty. I have got something substantial on the boat and they will find it.”

He later admitted “I’m the bad one here,” and asked custody officers to pass a message to the NCA revealing the number of packages on board the yacht. 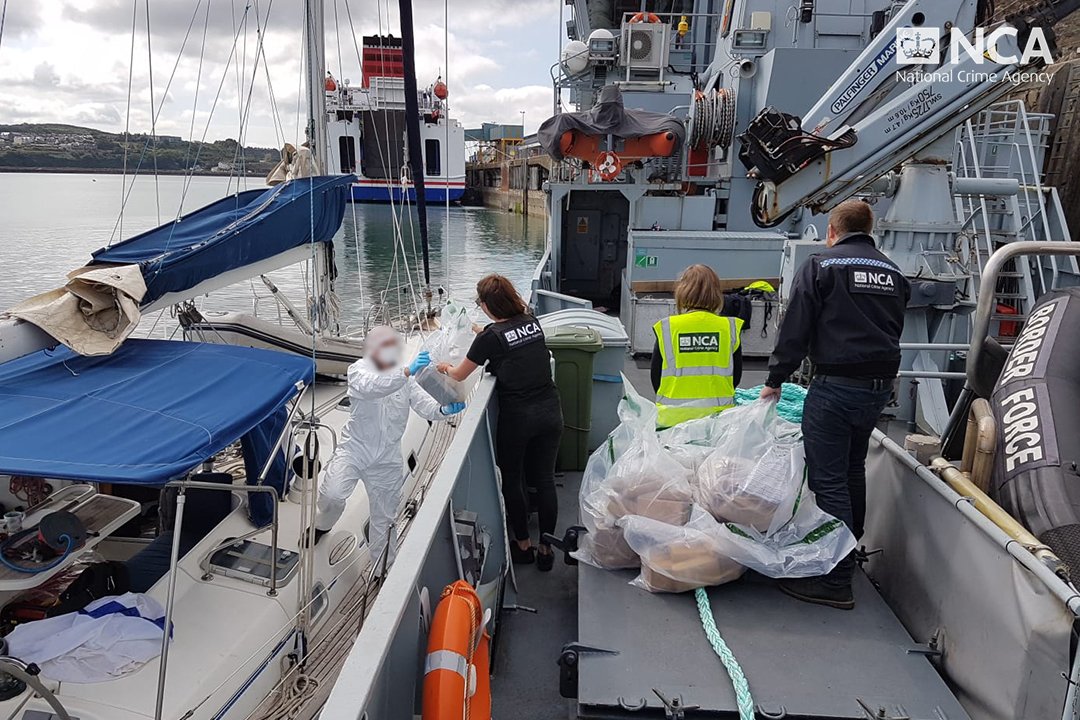 Swift and Kilgour pleaded guilty to importing class A drugs into the UK when they appeared at Swansea Crown Court on Friday 27 September.

They will return to court for sentencing on 20 December.

Four others – three men aged 23, 31, 47, and a woman aged 30 – arrested in Liverpool and Loughborough in connection with the seizure remain on bail until November 2019.

Craig Naylor, NCA Deputy Director of Investigations, said: “Seizing this large quantity of cocaine will have had a huge impact on the organised crime group – damaging their reputation amongst other criminals, and ultimately stripping them of their assets.

“We believe Swift spearheaded this attempt to flood the streets of Britain with potentially deadly drugs - the NCA is relentless in pursuing and disrupting offenders who operate at the highest end of criminality.

"This seizure will have also had a significant impact on the availability of cocaine in drug markets across the UK, including County Lines networks.

“Drugs fuel violence and exploitation, damaging communities and leaving destruction in their wake. Thanks to the work of the NCA, Border Force officers, and the Spanish National Police, these drugs have not made their way to their intended destination.

“NCA officers on the front line play a vital role in tackling the criminals who pay no heed to the damage they cause, and we’ll continue to work with our partners to make sure that crime doesn’t pay.”

Deputy Director Steve Whitton, from Border Force’s Maritime Command, said: “The superb efforts of the crew of HMC Protector, and officers from our specialist deep rummage team, helped prevent Yacht Atrivedo’s dangerous cargo of Class A drugs from reaching our streets. It has put a serious dent in the profits of the criminals involved in this type of smuggling.

“Border Force will continue to work with our law enforcement partners at the NCA to bring offenders like Gary Swift and Scott Kilgour to justice and to disrupt the workings of organised criminal groups in the UK.”