The suspected ringleader of a drug dealing operation and three others have been arrested in West London as part of an investigation linked to Operation Venetic. 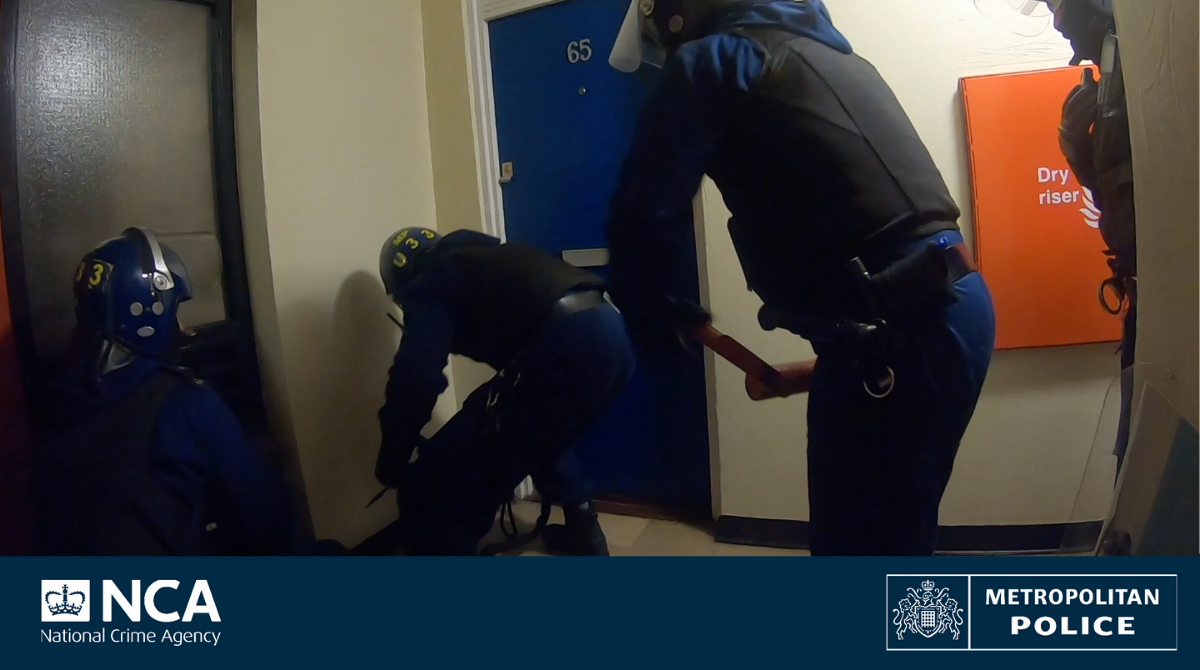 Officers from the Organised Crime Partnership (OCP), a joint NCA and Metropolitan Police Service unit, arrested the four in dawn raids this morning on suspicion of conspiring to supply class A drugs.

The 34-year-old man believed to be the head of the organised crime group was detained at his flat on North End Road in Hammersmith.

He was under investigation by the OCP when messages acquired as part of Operation Venetic – an investigation into the encrypted messaging platform EncroChat – linked him to three other individuals.

Officers also arrested a 49-year-old man on Linkfield Road in Isleworth, suspected of being the main drug runner for the OCG.

A woman, aged 62, who investigators allege laundered the group’s illicit earnings, was arrested along with her son, aged 29, at their home in Imperial Wharf, Fulham.

OCP officers previously seized close to 50,000 ecstasy tablets and over £90,000 in cash from the same address, for which the pair were arrested and released under investigation.

All four were taken into custody where they remain for questioning.

Matt McMillan from the Organised Crime Partnership said: “Today’s operation has taken out a criminal group we believe was involved in distributing huge amounts of cocaine across London and the Home Counties.

“The trade in class A drugs fuels violence and exploitation and today’s activity is yet another example of the NCA and Met Police working together to protect the public from this threat.”