A man who claimed he was on a day trip to Dunkirk when he was actually picking up 6 kilos of heroin in Amsterdam has been jailed following a National Crime Agency investigation. 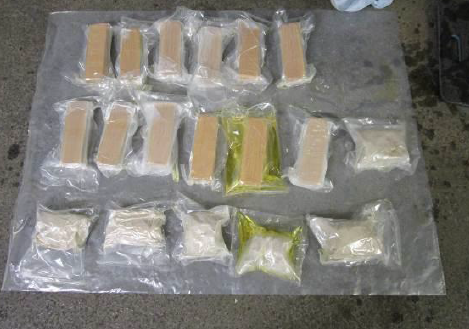 Daniel Whereatt, 48, from Bristol, was stopped at Dover’s Eastern Docks on 18 March 2019 on his return to the UK.

His car was searched by Border Force officers after they noticed a strong smell of fuel inside the vehicle.

The lining and cushions of the car’s back sears were removed and 18 tape-wrapped packages filled with a brown powder were found submerged inside the fuel sender tanks.

Whereatt told NCA officers that he had been in Dunkirk for the day, sleeping in his vehicle before returning to the UK.

However, phone analysis showed Whereatt had actually been in Amsterdam at the time he claimed he had been in Dunkirk.

His DNA was also discovered on a screwdriver and metal file found next to the fuel sender unit where the drugs were found.

Mark Howes, Branch Commander at the NCA, said: “This was an attempt to bring potentially lethal drugs into the UK and generate hundreds of thousands of pounds from their supply to vulnerable people.

“Whereatt had only insured the vehicle for two days and we believe this was solely for the purpose of picking up the heroin in Amsterdam and bringing it back to his contacts at home.

“Heroin is a very dangerous drug and brings with it exploitation and violence. We will continue our work with Border Force and other partners to target smugglers like Whereatt and bring them to justice.”