Two lorry drivers have been jailed for a combined 27 years following a National Crime Agency investigation into the seizure of 32 kilos of heroin at Harwich port.

Polish nationals Stanislaw Walczak, 43 and Robert Wyzuj, 55, were stopped in their HGV at Harwich Docks after they had arrived from the Netherlands on 18 February 2020. 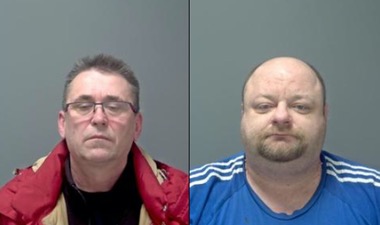 Searches of the vehicle by Border Force officers found that, in addition to a legitimate load of plastics destined for Leicester, the trailer contained 64 blocks of heroin concealed in a bag within a cardboard box.

Both men were arrested, and officers also recovered a canister containing pepper spray and a mobile phone which was later found to connect the pair to criminal associates in the Netherlands.

Both Walczak and Wyzuj denied knowing that they were transporting heroin. However, NCA investigators were able to obtain DNA evidence linking both men to the handles of the bag in which the drugs were concealed.

The drugs would have had an estimated street value of £3.2 million if cut and sold in the UK.

Yesterday, 18 February, following a seven day trial at Chelmsford Crown Court, both men were found guilty of the importation of Class A drugs and possession of a prohibited weapon.

Today, at the same court, Walczak was sentenced to 14 years, and Wyzuj received a sentence of 13 years.

“This seizure prevented a substantial amount of heroin from landing on our streets.”

“Heroin is a drug supplied by criminal groups engaged in violence and county-lines style exploitation, and these two men were a vital part of that corrosive system.”

“Disrupting that supply chain denies ruthless criminals their profits, and the NCA continues to work with Border Force and our other partners to prevent illegal drugs from reaching the UK."