A convicted online child sex offender has been jailed for 23 years for sexually abusing two boys and an unknown male, after a National Crime Agency investigation. 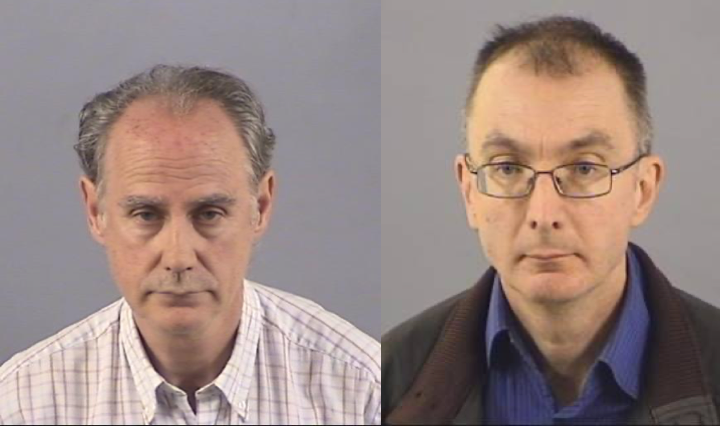 He was convicted by a jury of 14 counts including rape, indecent assault, indecency with a child and assault by penetration.

His partner Mark Metcalfe, 56, was also convicted of two sexual assaults and one indecent assault and was jailed for seven years.

The indictment against them covered the decade between 1996 to 2006.

The National Crime Agency investigation into them began because of Townsend’s online offending against children.

He used an online conferencing room where child abuse was played. When NCA officers seized his electronic devices they found 158 indecent images of children - 38 in the most serious category.

Townsend, an accountant, was sentenced in March last year to two-years suspended after admitting encouraging the distribution of indecent images and making indecent images of children.

NCA investigators also discovered online chat records in which Townsend told someone he was sexually abusing a boy.

When NCA officers searched the couple’s home in Copsewood Road, Southampton, they discovered a home-made video of Metcalfe - believed to be shot by Townsend - sexually abusing the third victim, an unknown male, who an expert witness said was 15 at most.

After Townsend was charged over his online offending, the two known victims came forward to report the non-recent abuse.

Today at Southampton Crown Court, Townsend was also put on the sex offenders register for life and Metcalfe was put on it for 10 years.

NCA operations manager Graham Ellis said: “Richard Townsend and Mark Metcalfe led a seemingly normal life, however their sexual interest in children could not stay hidden. I’d like to commend the bravery and immense courage of the victims for coming forward to report these horrific crimes.

“This is a deeply harrowing case and one that shows to anyone who doubts it that there is a clear link between offenders like Townsend viewing abuse images and carrying out actual sexual abuse.

“The NCA and our law enforcement partners are relentless in our pursuit of child sex offenders whose actions wreck so many lives.

“We have no greater priority than protecting children from sexual abuse.”

The Lucy Faithfull Foundation runs the Stop It Now! helpline, which offers confidential advice to anyone concerned about their own or someone else’s behaviour towards children.

If you are concerned a crime has been committed against a child contact your local police. For advice on child safety visit Thinkuknow.co.uk.