The NCA is appealing for information on the whereabouts of a convicted money launderer who talked of moving up to £50 million out of the UK every month.

Abdul Fahad, 41, of Meads Lane, Ilford, was arrested by NCA officers in 2018 after bundles of cash totalling more than £100,000 were found in his car. 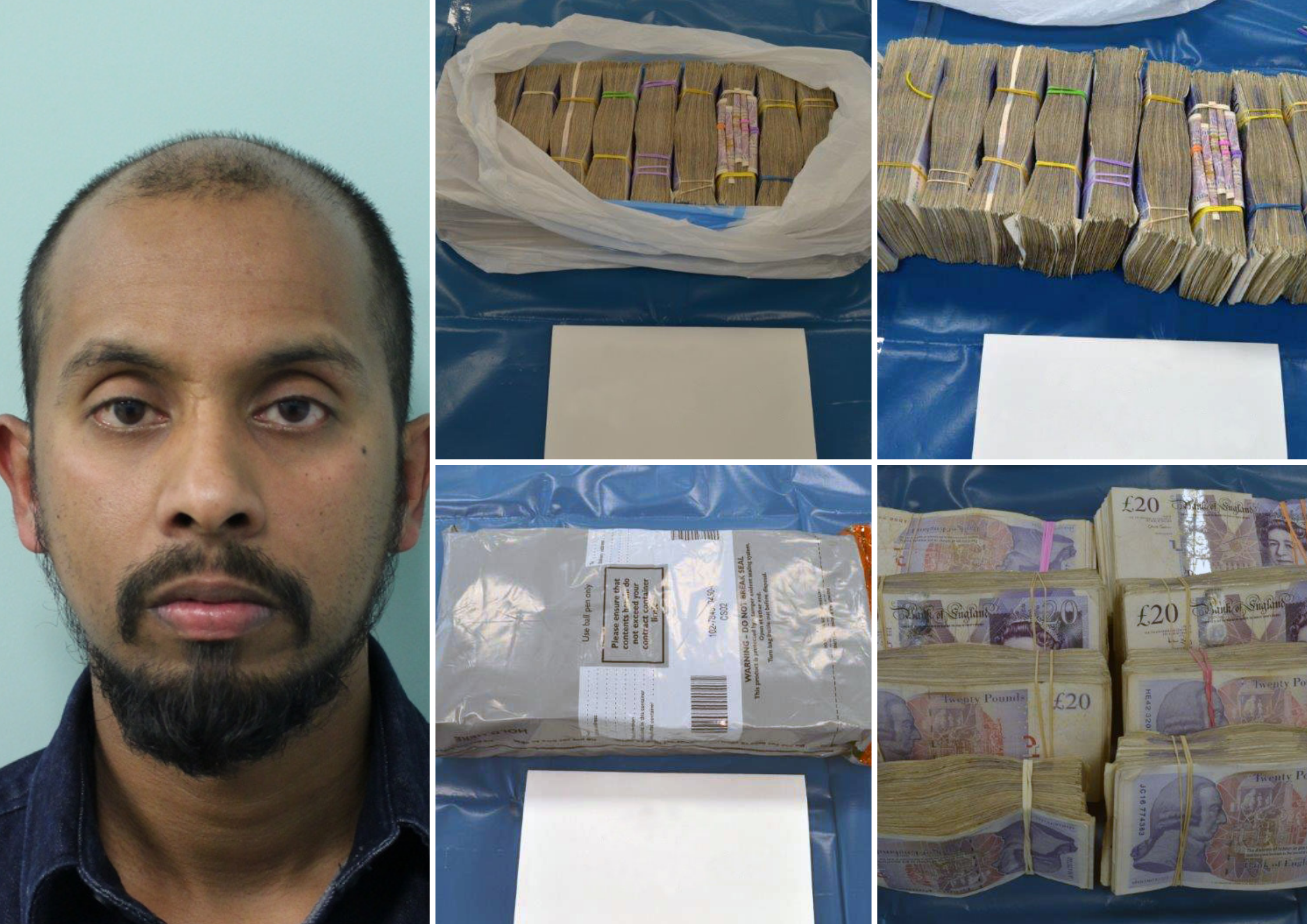 He was charged with multiple money laundering offences after further cash was located at his home, alongside evidence of frequent and suspicious trips to the United Arab Emirates.

Fahad initially told NCA officers that the cash seized had come from life savings, and from the sale of property and stocks.

He also stated he was a sole trader dealing in cars and that he intended to pay the money into a bank to buy a car.

However, the investigation found that Fahad was in regular contact with Sathar Khan, a money launderer jailed in 2018 for attempting to board a flight to Dubai with almost £1.5 million pounds cash in his suitcases.

Officers recovered messages from Fahad’s phone, showing a handwritten note detailing a schedule of dates for travel to Dubai between himself and Khan.

Between 2017 and 2018, the two men made nearly 200 return flights with both frequently travelling out with a significantly greater weight of luggage than they returned with.

NCA investigators estimate that Fahad left the UK with an extra 379 kilos over the offending period, which would equate to around £5 million in cash.

Messages on Fahad’s phone also detailed conversations with another would-be cash courier, with one message reading: “Giv me some work too… so I can earn too.’

Money laundering experts estimate that, if successful, this may have seen up to £50 million moved out of the UK in the period.

Fahad appeared before Southwark Crown Court in September this year, where he pleaded guilty to three money laundering charges. He was granted bail but later absconded.

He was sentenced in his absence to eight years in prison on 16 December.

Law enforcement partners in the UAE provided valuable assistance to the NCA investigation.

“Fahad was at the heart of a multi-million-pound money laundering conspiracy, moving cash which would have been derived from serious and organised crime in the UK and internationally.

“We are seeking information on his whereabouts in order that he is made to serve his prison sentence. We believe he could be in East London, particularly around the Ilford or East Ham area and has connections to Dubai and Sri Lanka.