A child sex offender who groomed an 11-year-old girl by pretending to be a 15-year-old boy online has been jailed for three years. 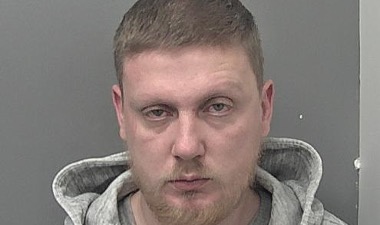 Liam Tripp, 34, contacted the girl on a social media app and obtained indecent images of her in November 2019.

He also sexually abused her.

In April 2020 National Crime Agency (NCA) officers established that an internet account linked to Tripp had been downloading indecent images of children (IIOC).

On 17 April NCA officers arrested him at his home in Southcoates, Hull, and seized his electronic devices.

As he was arrested he said: “I knew this was coming. I hate myself for it.

“It’s me you want, and my  phone is what you’re after. I hate myself.”

Another mobile phone of his contained 13 category A, 18 category B and 911 category C images.

In interview with NCA investigators Tripp said he had pretended to be a teenage boy online to receive images from the 11-year-old girl in November 2019.

NCA officers arrested him a second time on 12 November 2020 after he had obtained a new laptop he used to continue offending.

As he was arrested he said: “I didn’t learn my lesson did I.”

The laptop contained 128 category A abuse files, 83 category B and 195 category C.

He also had a computer tower containing 182 prohibited images.

Tripp, who is unemployed, admitted three counts of making indecent images of children, possession of prohibited images, engaging in sexual communication with a child and sexual activity with a girl under 13.

Today, at Hull Crown Court, he was jailed for 36 months, put on the sex offenders register for life and given an indefinite sexual harm prevention order restricting his use of the internet.

Sara Barrett, NCA operations manager, said: “Tripp had gone to considerable lengths to set up a fake online profile and target the victim who we safeguarded.

“Offenders who view child sexual abuse are causing ever more victims to be abused and condemning them to years of extreme trauma and suffering.

“Every child in an  abuse image is revictimised when the photograph is viewed or shared.

“There is no greater priority for the NCA than protecting children from sexual abuse.”

Advice for children and parents about online safety can be found at the NCA’s Thinkuknow website.