Two London men have been jailed for nearly 17 years for attempting to smuggle four Heckler and Koch handguns and 100 rounds of 9mm ammunition into the UK. 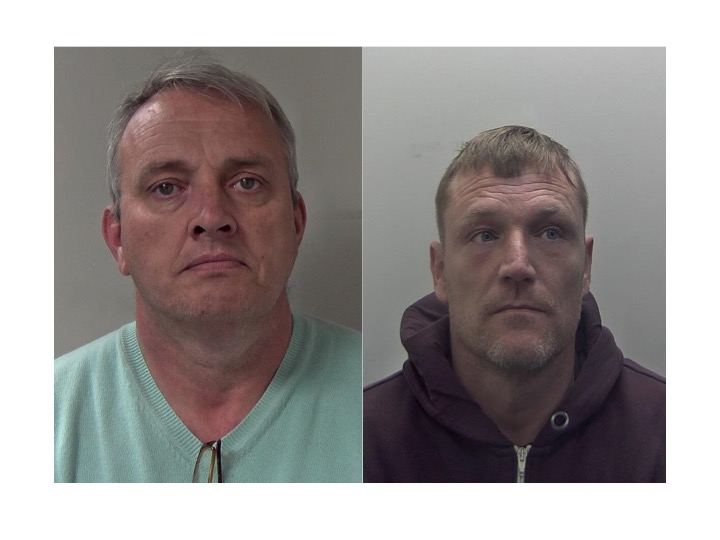 Two London men have been jailed for nearly 17 years for attempting to smuggle four Heckler and Koch handguns and 100 rounds of 9mm ammunition into the UK.

Steven Landers, 56, of London Road, Elephant and Castle, and Steven Mulroe, 41, of Yelverton Road, Battersea, were both sentenced to eight years and three months each yesterday (Thursday) at Maidstone Crown Court.

National Crime Agency officers began an investigation after firearms and ammunition were found by Border Force in May this year.

Searching the car officers found the stash in a bag underneath the boot carpet floor of the BMW being driven by Landers at the Channel Tunnel terminal in Coquelles.

The pair were then arrested.

During interview Landers claimed to NCA investigators they were going to Amsterdam to ‘visit brothels and smoke’ and knew nothing about the firearms and ammunition found in the car.

However, as it was raining so hard they stopped the car and went to a hotel for the night leaving the car in the road nearby.

Landers could not remember what country he was in or the name of the hotel. He told NCA officers that ‘someone must have put the guns in the car’ without his knowledge.

Further investigation by NCA officers revealed the pair knew exactly where they had been. Data retrieved from Mulroe’s phone showed he had used Wi-Fi at a hotel in Antwerp.
Officers found a parking ticket found showing the pair had stayed at a hotel in Breukelen in the Netherlands. They also found a receipt for £4,000 which had been changed into Euros from a money exchange shop in Tooting. No cash was found on either man when they were searched.

Landers and Mulroe were later charged with the illegal importation of firearms. They pleaded guilty at an earlier hearing.

“The nature and scale of organised crime is becoming ever more complex, and criminal networks use a variety of methods to attempt to move firearms across international borders.

“Disrupting those supply routes is a priority for the NCA and our partners, and this operation is an example of that in action.

“In seizing these weapons, which were undoubtedly destined for the criminal marketplace, we have protected the people of the UK from the violence they would have inflicted.”