A convicted drug smuggler who went on the run after absconding from prison has now been jailed for a total of 16 and a half years. 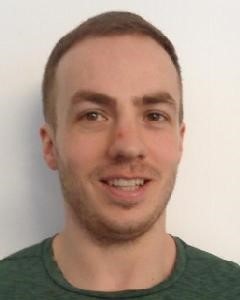 Daniel Dobbs, 31, was convicted of trafficking heroin and amphetamines and sentenced to 13 and a half years’ imprisonment in January 2014, following a National Crime Agency investigation.

On 2 November 2018, Dobbs, from Malton in North Yorkshire and known as “Dobbo” to his friends, was found to be missing from his prison cell in South Yorkshire.

The NCA subsequently issued a wanted appeal for information on his whereabouts.

Last year, the NCA identified him as living in Spain under a false name and on 11 February 2020, after co-operation with Spanish law enforcement partners, Dobbs was arrested in a Guardia Civil investigation into an underground tobacco factory in Malaga, southern Spain.

Dobbs was returned to the UK in March 2020 and on 21 July, was sentenced to 24 months in prison for escape from lawful custody, and 12 months concurrently for improper use of an identity document at Lewes Crown Court.

These will run consecutively with the remainder of his 13 and a half year sentence.

“It is apparent that Dobbs is a harmful and persistent offender who thought he could escape the UK and avoid detection. But together with international partners, we tracked him down, and now he’s back behind bars where he belongs.

“The NCA pursues fugitives relentlessly. No matter where they are, nor how long it takes, we will catch up with those who flee UK justice.”