A man from Burton-on-Trent, who used an encrypted online platform to view and download child sexual abuse material, has been sentenced. 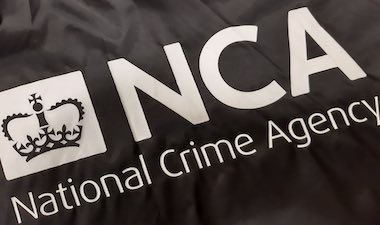 Andrew Mitchell, 45, was among hundreds of people arrested by the National Crime Agency and UK policing after New Zealand authorities launched an investigation in October 2019.

This identified tens of thousands of global users of the platform, which hosted files depicting the sexual abuse of infants and children.

Mitchell was apprehended by NCA investigators on 5 May 2020, when they seized three mobile phones belonging to him. Mitchell initially gave a no comment interview and was bailed while his devices were forensically examined.

Officers found 4,075 indecent images of children (IIOC) on the phones in varying categories of severity.

Mitchell was re-arrested in November last year and admitted possession of all the images and that it was illegal to possess or distribute them.

He pleaded guilty to all the charges at Derby Magistrates’ Court on 12 February this year and was given a 16-month suspended sentence at Derby Crown Court yesterday (6 July).

“The NCA works with our partners at home and abroad to combat the global threat of online child sexual abuse, bring offenders before the courts and protect the victims affected.”

Information relating to UK-based accounts set up on the encrypted platform used by Mitchell was passed to the NCA by authorities in New Zealand. The NCA launched a high priority operation to analyse the data, before initiating its own investigations, as well as disseminating packages to law enforcement partners across the country.

So far, over 450 users of the platform have been arrested in the UK for a variety of child sexual abuse offences.

NCA investigations alone have led to the arrest of 95 people, with 42 having been charged to date and 28 convicted. NCA officers have also safeguarded 79 children.

Although many were initially arrested for their roles in sharing child abuse material on the platform, this often led investigators to uncover further serious offending, including contact abuse.