Two British nationals have been arrested in Spain, after an international operation involving the National Crime Agency which saw the seizure of around four tonnes of cannabis.

The man, aged 49, and woman, aged 53, were detained on 10 December after their sailing boat got into trouble during a storm in the Strait of Gibraltar.

Working with the Maritime Analysis and Operations Centre for Narcotics (MAOC-N) in Lisbon, the NCA had alerted the Spanish authorities to the vessel, which was suspected of being used to smuggle drugs from Morocco. 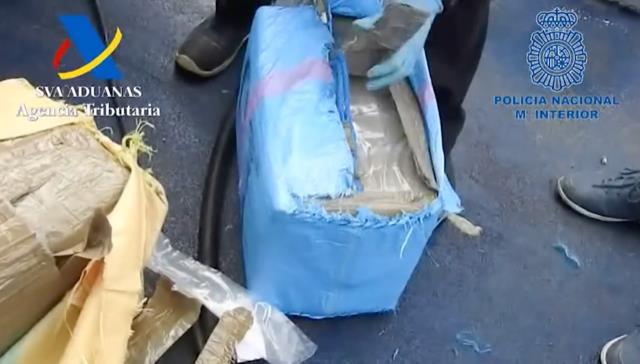 The vessel was intercepted and escorted into the port of Cadiz by a Spanish customs patrol boat. Customs and Spanish National Police officers then conducted a search, recovering 130 bales of cannabis resin (pictured right).

Details of the seizure have only just been made public by the Spanish police.

The man and woman remain in custody in Spain. Investigations continue.

“This was an international operation which led to a substantial seizure of narcotics.

“We suspected the vessel was being used to ship drugs across the Atlantic, so the NCA worked closely with MAOC-N and our colleagues in Spain to have it intercepted.

“Working with our law enforcement partners we are determined to do all we can to target and disrupt the organised crime networks involved in the international drugs trade.”