A man from Bristol suspected of buying a forward-venting blank firearm has been arrested and a firearm seized. 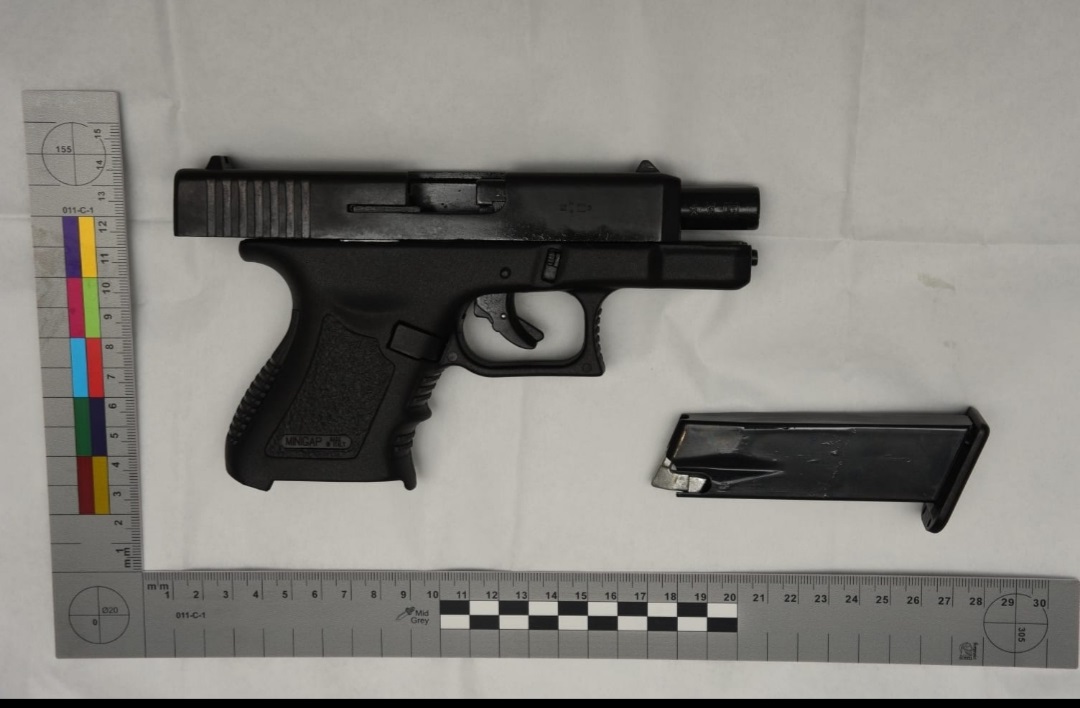 The man, aged 25, was arrested by National Crime Agency officers at his home on Tower Road South this morning [Tuesday 29 June]. He remains in custody for questioning.

A forward-venting blank firearm was found in his bedroom and seized by officers.

Forward-venting blank firearms are illegal in the UK, and are readily convertible to fire live rounds.

“This type of firearm can be converted into a lethal weapon, and then used by organised criminals to threaten, intimidate, and kill.

“Since 2018 we’ve seized more than 500 forward-venting blank firearms as part of Project Vizardlike. Criminals smuggling firearms around the country should know we and our policing partners will pursue them tirelessly.”

Since 2018, at least 522 prohibited weapons and 3500 rounds of ammunition have been seized in the UK by the NCA and police forces as part of this project and 83 people have been arrested.

If you have any information about illegal firearms or any concerns about people’s access to firearms, please report it to police or anonymously to Crimestoppers on 0800 555 111.