An Ayrshire man has been jailed for seven-and-a-half years after importing vast quantities of an anaesthetic used to bulk out quantities of cocaine and increase supplier profits. 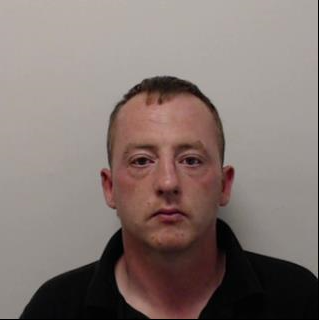 Officers from the Organised Crime Partnership (OCP), a joint National Crime Agency and Police Scotland unit, investigated after 250 kilogrammes of benzocaine was seized at Glasgow airport.

The drugs - which are used legally as painkillers but routinely used by criminals as a cutting agent for cocaine - were destined for an industrial estate in the Glengarnock area of Ayrshire.

They were addressed to a legitimate pharmaceutical company which had no involvement in the shipment.

Instead, the consignment was met by John Jackson, 33, who had the substance placed in the back of his car, before driving it to his home address nearby.

He was arrested and charged with being concerned in the supply of controlled drugs.

Investigators believe he was storing the benzocaine ahead of it being collected by other members of a crime group, and then cut with cocaine.

He pleaded guilty at Glasgow High Court on 21 March and was sentenced at Edinburgh High Court today (13 April).

“Benzocaine has legal pharmaceutical uses, and Jackson cynically attempted to exploit a legitimate company to get the product into Scotland and conceal his involvement in the cocaine trade.

“This seizure represents a substantial disruption of the crime group involved, denying them profit and reducing the availability of their product in Scottish communities.”

Detective Inspector Tom Gillan, of the Organised Crime Partnership (Scotland), said: “This is a significant landmark result made possible by a team of dedicated investigators and supported by COPFS office.

“It serves as a strong reminder to those involved in maximising drug profits that the OCP are committed to targeting all aspect of drugs misuse across our communities.

“This sends a clear message that law enforcement will continue to work closely with all partners, public and private, to reduce the threat, risk and harm that organised criminals impact across Scotland.”

Laura Buchan, Procurator Fiscal for Specialist Casework, said: “Illegal drugs do great harm to Scotland’s communities and it is vital we target every part of the chain in order to stem that harm.

“This includes prosecuting those who import and distribute benzocaine and other cuttings agents, and disrupting their operation.

“COPFS will continue to work with the Organised Crime Partnership and other agencies to tackle serious organised crime across Scotland.”