Albanian group accused of charging migrants 15,000 euros to reach the UK in lorries

Two men have been arrested by the National Crime Agency in London as part of an investigation into an Albanian organised crime group suspected of attempting to smuggle people into the UK in the backs of lorries. 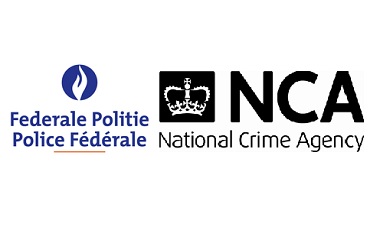 The investigation, led by the Belgian Federal Police, saw another 12 people arrested in Belgium and one held in Germany over the course of 23, 24 and 25 September.

The arrests were triggered by the arrest of the suspected ringleader of the gang in Ghent on 23 September. The London side of the operation saw NCA officers move in to make arrests at locations in Basildon and Lewisham on Tuesday 24 September.

The pair, Albanian nationals Admir Canaj (38) and Astrit Ramoshi (37), were detained under European Arrest Warrants and have appeared before Westminster Magistrates, where they were remanded in custody pending extradition to Belgium.

They are accused of heading up the UK arm of a network which used a hotel in the Ghent area as a holding point for migrants, who would then be hidden in specially adapted compartments in lorries.

The migrants, mainly Albanians, would pay up to 15,000 euros (approx. £13,200) a time to the group, who would use co-operative lorry drivers to transport the migrants onwards.

As part of the operation 37 Albanian nationals were found in a raid on a hotel in Ghent. Investigators suspect they were waiting for transportation to the UK.

“This operation involved simultaneous raids in by the NCA in the UK and the Belgian Federal Police.

“Those arrested in the UK now face extradition to Belgium, and we will continue to assist our Belgian colleagues in their investigations.

“People smugglers treat people as a commodity to be exploited and profited from, and we are determined to tackle those networks targeting the UK no matter where they operate. This is another example of that.”