A Romanian lorry driver has been jailed after a National Crime Agency investigation found that he had attempted to bring cocaine worth up to £1 million into the UK. 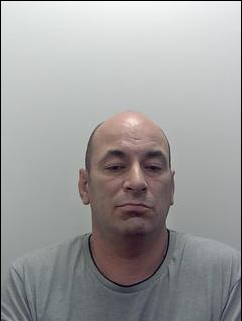 At Canterbury Crown Court on 30 October, Cristian-Dan Balasoiu, 46, was sentenced to 7 years and six months imprisonment for attempting to import 10 kilos of the Class A drug.

The NCA investigation started on the 13th August after Border Force officers at Dover found a red bag marked ‘DIRK’ inside the cab area of Balasoiu’s lorry.

The bag was found to contain 10 wrapped blocks of cocaine.

Balasoui told NCA investigators he knew “absolutely nothing” about the drugs, if he had seen the bag he would have looked inside and called the police.

Later, after pleading guilty, Balasoiu told the court he was approached at Luxembourg and offered £1000 to take the drugs through UK border controls.

He said he needed the money as he had not worked for a number of months due to the coronavirus pandemic, and was struggling to pay bills for his family.

“Importing illegal drugs is not a way to make quick money, it’s the route to a long prison sentence.

“By removing this amount of cocaine from the market, the NCA and Border Force have prevented it from ending up on UK streets, where class A drugs fuel violence and exploitation in our communities.

“We continue to work with partners to target and disrupt organised crime groups, and protect the public.”

“This was superb work by Border Force officers, whose actions prevented a dangerous cargo of drugs from reaching the UK’s streets.

“Class A drugs like cocaine shatter communities and we will continue to work with law enforcement partners like the NCA to ensure smugglers face justice."